It’s always good to hear stories of former Imps doing well, especially one who played a part in our most famous of seasons.

Nathan Arnold will almost always be remembered for his goals against Ipswich Town and Gateshead, but he bagged 13 in 52 matches that season and set up countless more. He is one of the few players to have worn the black and white of the Cods, the red and white of Lincoln, and be loved by both.

Nathan is currently the manager of Newark Town, who also feature the Stacey West-sponsored Elliot Burrell amongst their playing ranks. He’s the son of Imps’ snapper Bubs, and they’re on the cusp of a promotion. They’re four wins from stepping up from the Black Dragon Premier Division North; they’re currently top and have Retford United visiting on Wednesday evening. A win would give them a five-point advantage over Retford, who only have two to play.

They can still be toppled; Clay Cross Town and Club Thorne Colliery are both in the mix, but The Blues have a better goal difference. Clay Cross are up next on Saturday before Haworth Colliery and Glapwell finish the season. If you like goals, and wins, then Newark are the team to watch; they’ve won their last eight on the spin, netting 30 goals in the process. 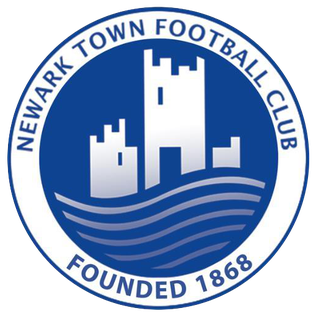 This Wednesday, it’s first against second, a huge game, and having spoken to Nathan about it, he would love any Imps fans with a spare evening to pop along and add some vocal support. It would be his first promotion as a manager and his first since earning us back our Football League status. The address, should you wish to attend, is Lord Hawke Way, Newark, NG24 4FH
and kick-off is 7.45 pm with £3 admission. If you do go, as well as Elliot and Nathan, keep an eye on Lewis Chambers; he’s hit 44 goals in just 32 appearances for the Blues.

The club folded after the war, and only reformed in 1994. In that time, they’ve had one promotion, to their current level, in 2003. That means Nathan is on the cusp of guiding his side to their highest level since reforming, a great start to his life as a manager. If you can, get down and support them!