We might not be hearing much about our own club, but elsewhere things are ticking over nicely for a number of teams.

There is no reason to panic, we go through the same every season. We do our business late, everyone moans for a while then we get a team capable of lifting silverware. After three successful seasons, it’s time to just relax and trust in the manager’s plan.

That said, it’s nice to know what is going on elsewhere, so we’re running down some of the stories in our division, League One, at the beginning of this week.

Tranmere are first up on our round-up as they’ve targeted 29-year-old Danny Rowe for their League One campaign, as reported by Football League World.

I’m not talking about the Danny Rowe from Ipswich of course, but the AFC Fylde striker who spent time with us during the Gary Simpson years. Rowe never broke through with the Imps, but an outstanding 139 goals in four seasons has made him hot property this summer.

He’s a free agent and whilst many Imps will be clamouring for us to sign him, it looks as though he’s on Mickey Mellon’s shopping list.

Burton Albion in for Graham Carey

Carey is a player I’ve liked for a long while, an attacking force with a keen eye for goal. He’s a playmaker who can operate out wide or behind the main striker and would represent a great signing for any League One side.

He’s available on a free since leaving Plymouth Argyle and it looks as though he’s heading to Burton Albion, as reported by the Derby Telegraph.

Carey bagged six goals last season, weighing in with a further 11 assists. Given that he bagged 14 last season and added 15 assists, he certainly struggled. Considering he had a hand in 17 goals, that’s quite a feat.

I’ll be shocked if he does go to Burton, surely there are better teams out there with the means to sign the 30-year-old. 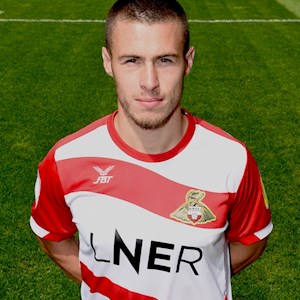 There is another tenuous link here to the Imps; Danny Rowe (the Ipswich one this time) has a brother who plays for, or should I say played for, Doncaster Rovers.

Tommy Rowe was club captain and a key figure in their run to the play-off semi-final. Sadly, Rowe also missed the crucial penalty which condemned them to another season in League One.

He won’t be doing that anymore, not for Grant McCann’s side. He’s been allowed to leave on a free transfer after claims his wages demands were ‘not feasible’ as reported by the Doncaster Free Press.

He’s not the only player to depart the Keepmoat for financial reasons; Andy Butler has also left. He’s hooked up with Scunthorpe in League Two after refusing what he claims to be a reduction in his wages.